Koppers Fishing and Tackle Corp. introduces a radical new fishing lure design as well as a new brand called ‘BaitBall’. The unique design implementation spotlights one of nature’s underwater survival events: the schooling formation of baitfish being ambushed by predator game fish. The new brand is defined by three elements; BaitBall is a concept, a lure, and a series of lures.

The new Baitball series is a sub-brand to the LIVETARGET brand and has been in development for over four years. Precision and expertise were critical to implement the lure actions, sizes, and multi-fish patterns that have been designed into each BaitBall lure. Radical and revolutionary, yet built on the core foundation of Mother Nature’s own balance of fish survival and feeding habits, the new BaitBall unleashes the ingenuity of LIVETARGET’s lure design and industry leading production capabilities to deliver a series of lures unlike anything developed before. 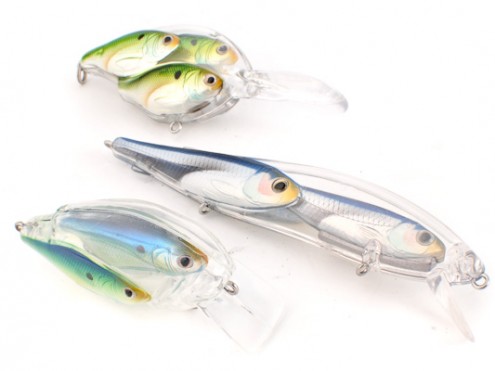 “We’ve had it all wrong,” explains lead designer Tobias Wiegand. “Many of the hardbaits in today’s market replicate a single baitfish; however, game fish actually perceive many lures as a small group of baitfish and not just a single isolated bait.” Wiegand further explains, “It really is about profile. The cubic mass of a large crankbait more clearly resembles a smaller group of 3-5 baitfish rather than one large and disproportioned baitfish. By clearly understanding how game fish forge on schooling baitfish, your perception of typical lure will evolve.”

Using ultra-modern CAD and manufacturing processes and controls, the LIVETARGET Series is available in both fresh and saltwater in Threadfin Shad, Emerald Shiner and Glass Minnow hatches. The new designs include poppers, jerkbaits and crankbaits.

The BaitBall Series has a MSRP of $16.99. Product will be delivered to wholesalers, and channel partners in Q4 2013 along with merchandising and promotional programs to support the launch. The BaitBall Series is a trademark owned by Koppers Fishing and Tackle Corp.