Crosslake, Minn. (October 27, 2014) – To the naked eye, a drop of lake water doesn’t look particularly exciting. But place that same bead of water under a microscope and the array of tiny critters dancing before your eyes is spellbinding. Employing similar reasoning, the optical engineers at Aqua-Vu have built the most vibrant underwater viewing systems for nearly two decades. The goal: to help anglers study and better understand the underwater environment— foremost factors in fishing success. 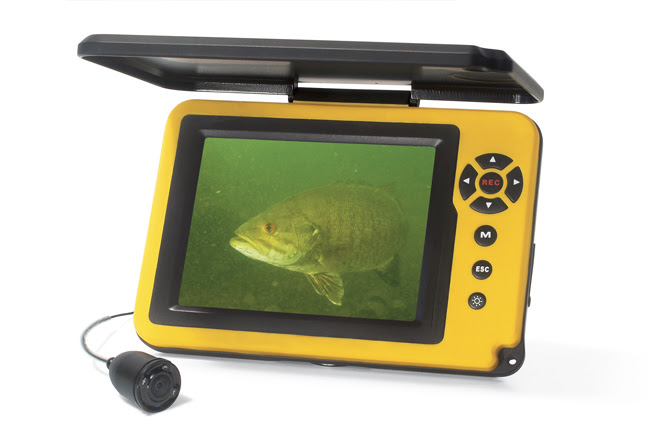 The new Micro video cams provide crisp clarity and color that allow for effective underwater observation, and high-resolution digital video recording. Anglers who have tested the Micro 5 and Micro Plus DVR have logged the following feedback:

“Easily discerns camouflaged crappies and bass buried in heavy vegetation; would have totally overlooked these fish with sonar or a lower-resolution underwater camera.”

“Displays and helps identify specific types of invertebrates while ice fishing; allowing for matching-the-hatch with presentation.”

“The tiny and stealthy Micro cam doesn’t spook baitfish; aids in species ID and size for choosing the right lure and color.”

“Spotted big crappies lying right up against specific dock sections; would have never found or caught these fish without this intel.”

“Noticed perch literally digging into the soft substrate to feed on midge larvae (bloodworms); matched presentation and out-fished all others in group.”

“Camera small enough to probe into thick brushpiles; quickly determined which piles held bass and which ones were empty.” 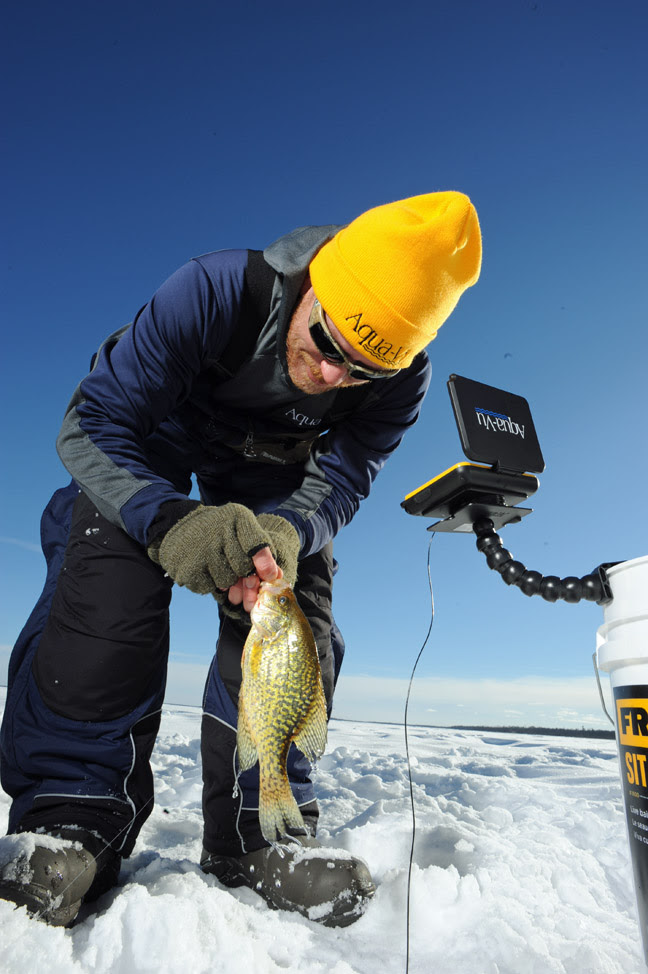 Another intriguing underwater observation was offered recently by longtime Aqua-Vu user and professional bass angler Joe Balog. “I’d just lent one of my Micro 5 cameras to local bass pro, Scott Dobson, who was prefishing for several big tournaments on Lake St. Clair, Michigan. In practice at the recent BFL Super Tournament, Dobson caught big fish from what he thought was a random area. But when he dropped the Micro 5 down to investigate, he discovered a few isolated boulders and low growing grass, and it was crawling with perch. Those same rocks gave up over 42-pounds of bass in two tournament days, as well as the 1st place check.”

Powered by a tiny yet potent rechargeable lithium-ion battery, new high-res Micro 5 and Micro Plus DVR systems operate for up to 7 hours per charge—ample time to survey structure for several days on the water. Connected to a 5- or 3.5-inch LCD monitor is 100- or 50-feet (respectively) of thin yet muscular optical cable. Both premium viewing systems also include built-in DVRs with 8-GB of storage for video or still captures, and motion sensors for underwater recording under the ice, boat docks or other applications. The new 1-MP optics provide impressive screen detail and rich vivid color both in live and recorded video footage / still screen captures.

Beyond unprecedented resolution and ease-of-use, the new Micro 5 and Micro Plus DVR offer extras such as a USB port for connecting to computers other devices. Another Aqua-Vu exclusive, a 3X Digital Zoom feature allows for examining fish and cover up close. Further, integrated adjustable IR lighting illuminates deep and dark water. While the LCD itself is sheathed by an IP67-rated waterproof case. 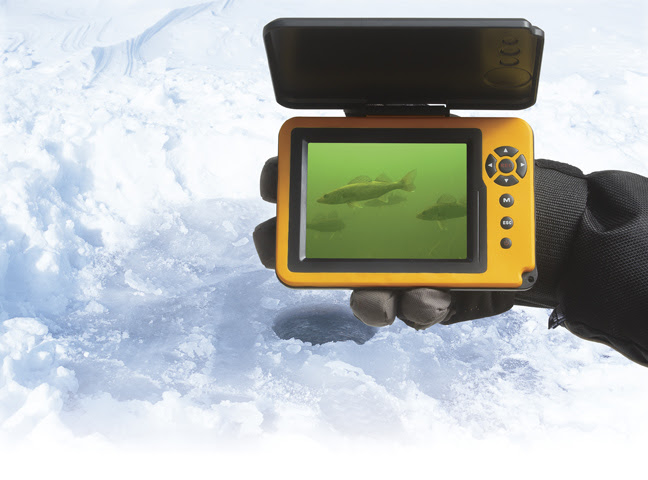