Chambersburg, Penn. (December 1, 2014) – Visions of crusty old snuff-spittin’ codgers in overalls aside, genuine catmen these days are just as likely to put the shine on a flannel shirt and a pair of khakis.

In case you hadn’t heard, catfishing has turned cool.

But as far as the cat tackle connoisseurs at Rippin Lips are concerned, an authentic catfish angler is anyone who lives and loves to hunt those whiskered freshwater beasts— choice of attire (and fishy aromas) notwithstanding. 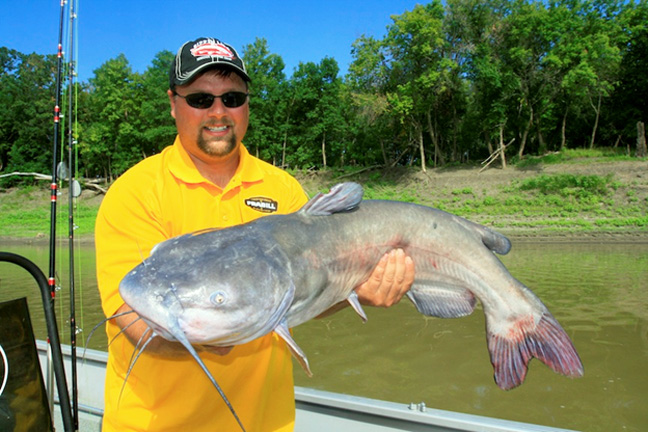 Not that Rippin Lips’ newest pro-staff angler, Captain Brad Durick is any sort of slouch. Best known for his ability to hook boatloads of gargantuan channel catfish in the famed Red River of the North, Captain Durick has rapidly ascended to the highest ranks of the sport. As top dog on North America’s preeminent channel cat fishery, Durick has in recent years demonstrated not only an innate talent for finding and catching 20-pound plus catfish, but also an aptitude for teaching others the merits of fishing’s pastoral pursuit.

Among a who’s-who list of gifted and personable catfish pros, Captain Durick joins such Whisker Nation notables as John Jamison, Phil King, Justin Cook, Bink and Janet Fox and other eminent experts. While Durick’s as likely to win in competition as any of his peers above, he’s more likely to be found organizing and emceeing events like Cats Incredible, Boundary Battle, or other popular tournaments. Likewise, Durick owns and operates Catfish University, an intensive two-day catfish-specific learning experience, featuring instruction by the country’s top catfish anglers.

“Brad Durick is one of those rare individuals who not only catches big catfish consistently, but also possesses a gift for teaching and getting folks excited about the sport,” says Rippin Lips president, Dennis Coons.

“We’re proud to team with good people like Brad, who’s the best catfish guide and promoter on the world’s greatest channel cat river. We look forward to tapping his knowledge to continue developing the finest tackle and equipment in catfishing.”

“If you’ve followed the catfish world closely the past few years,” Durick attests, “you’ve noticed Rippin Lips has really emerged and started taking a leadership role in this growing market.

“For the past year, I’ve been using Rippin Lips SuperCat rods, Tournament Grade Circle Hooks and their Scent Trail Bait Additive with exceptional results. My SuperCat Rods hook and battle big channel cats amazingly well. My customers love them, so I was sold even before I got to experience the rod myself.

“Among a pile of hooks I’ve used, the Tournament Grades are the best catfish circle hooks made—super sharp and exceptionally strong. I rarely miss a bite with them. And while I never used to be a big fan of attractants, last year, when we had a major bait shortage, Scent Trail helped conserve my supply by constantly refreshing and re-energizing the cutbait on my hooks. It absolutely extended the appeal of my presentation, as this great attractant enticed numerous extra bites from big Red River catfish.

“I’m proud to be part of the Rippin Lips family because they’re truly on the forefront of this increasingly popular sport. But more importantly, this is a company dedicated to providing anglers with quality catfish rods, bait, and tackle at affordable prices—stuff that helps anglers of all skill levels catch catfish and have more fun every time they go fishing.” 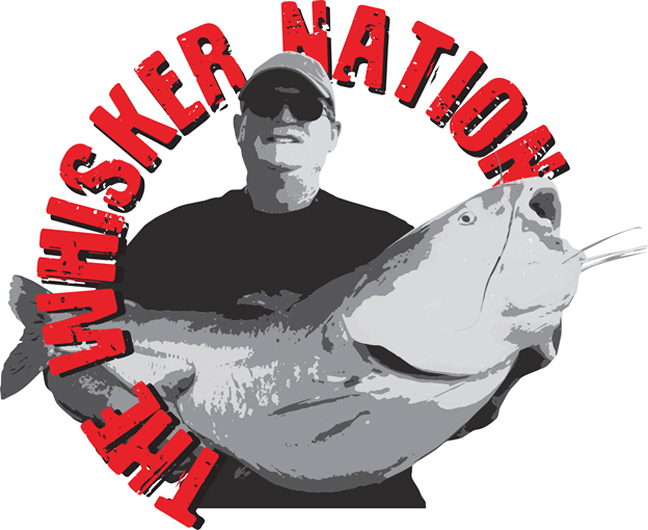 Based in rural South-Central Pennsylvania, Rippin Lips (rippinlips.net) has been creating America’s catfish-catching’est bait since 2008. Their popular Leakin Liver™ Catfish Bait—whose top-secret recipe continues to be tweaked and fine-tuned each season—offers advantages and ingredients not found in other catfish baits. 100% natural, non-messy, biodegradable, and easy to use and keep on the hook, Leakin Livers give of a continual profuse scent trail that calls cats from afar. Beyond Leakin Livers Catfish Bait, Rippin Lips also manufactures and distributes a potent line of tackle and gear, including Scent Trail™ Fish Attractant, No-Trace™ Scent Eliminator, and catfish hooks, rods and bait-keeping products. With design input and guidance from elite tournament anglers, such as John Jamison and Phil King, Rippin Lips has become a leading name in modern catfishing gear.