A ‘Gold Fish’ Worthy of a Truly Golden Rod

Park Falls, WI (October 13, 2015) – While the American-bred largemouth bass holds court over millions of U.S. anglers, another magnanimous sportfish oversees a much mightier kingdom. Ordained the world’s most popular freshwater sportfish, only the carp brings together anglers from numerous nations, each intent on capturing a global crown of a different sort. 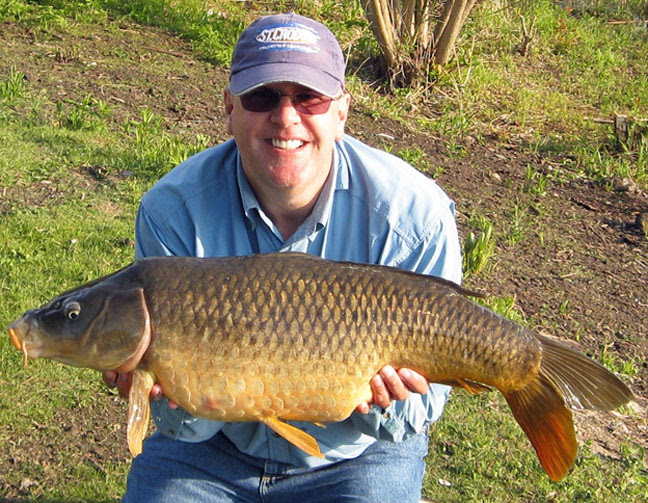 For anglers such as Lee Young, Captain of the Team USA Carp Squad, the carp’s regal worldwide status is no news at all. Even in the U.S., says Young, angler attitudes toward carp have recently been trending toward the positive. So much so that for the first time ever, Team USA raised the necessary funds and equipment to enter the World Carp Championship, likely the most prestigious competitive angling event in the world.

Among Team USA’s prominent partners for this year’s contest was St. Croix Rods, the classic American rod company whose recently hand-minted Avid Carp Series Rods travelled to Italy for competitive battles against teams from 23 other nations. Following the event, Young, who played a key role in designing the definitive three-rod series, credited his team’s Avid Carp rods for saving the day.

The preeminent Olympic-style carp fishing contest, this year’s World Carp Fishing Championship was held on Lake Pietrafitta, near Perugia, Umbria, Italy, September 24 to 27. The continuous 72-hour endurance event demanded extreme performance from angler and gear alike. Long-range, accurate casting up to 150 yards or more was essential to success, as was the talent to convert as many bites as possible into scoring fish.

When Team USA arrived in Italy, however, much of their tackle remained stalled in German customs—including bait and other specialized gear. Further, at the event’s outset the team’s top-performing caster experienced a breakdown of his specialist Spod Rod. Immediately, the team pressed a 12-foot St. Croix Avid Carp rod (model ACS120HMF2) into service for “Zig Fishing,” a finesse method requiring pinpoint long-range casts with up to 10-ounces of weight.

“The Avid Carp rods performed flawlessly for us,” reported Young. “Thankfully, unlike the rest of our gear, the 24 St. Croix rods arrived safely, and we used nearly all of them continuously throughout the 72-hour Championship. Despite not being designed to handle these extreme conditions, the Avid Carp rods worked beautifully, with zero failures. We were amazed by the rods’ ability to soak up so much punishment. Despite being rated for 2- to 6-ounces, the 12-foot Avid Rods effortlessly flung our 10-ounce rigs, and performed the task perfectly over 200 times in the last 36 hours. St. Croix has built an amazing all-around series of carp rods.”

Thanks to the remarkable versatility of the Avid Carp rods, Team USA managed to salvage the event, finishing 21st. “It was a very respectable result considering the world-class competition, including the performance of the masterful gold medal Croatian team.”

Back home, Young recently returned to his favorite local stomping grounds, the rivers and lakes surrounding Green Bay, Wisconsin. “American carp fishing is growing,” he observed, noting the numbers of dedicated carp fishers who contact and correspond with him each year. “You simply can’t ignore such a wonderful, sporty fish that regularly exceeds 10 pounds; that demands skill to fool and contain.”

Young also takes it as a sign of progress when leading-edge U.S. companies, such as St. Croix, spend the time and resources necessary to develop first-class fishing rods dedicated to the singular pursuit of his favorite species.

Justifiably so, says St. Croix V.P. of Brand Management, Jeff Schluter. “We build the rods our customers demand. And interest in our new Avid Carp Series is exploding. Just like bass, walleye, trout and inshore specialists, carp anglers want and need rods built to their own exacting specifications. St. Croix is taking a leadership position in American-style carp fishing, because it’s a cool, progressive angling movement we believe in.”