Coralville, IA, (November 10, 2015) – When pounding hardwater during low-light periods, it’s no secret that a bait beaming with luminescence, routinely, will catch more fish than a lure without. Put the right glow pattern in the right place at the right time, and your odds increase even more.

But morning’s zero-dark-thirty or after the sun sinks below the treeline aren’t the only times glow basks in the limelight. Even during the day, glow can tip the scales in your favor, especially in deeper or stained waters. 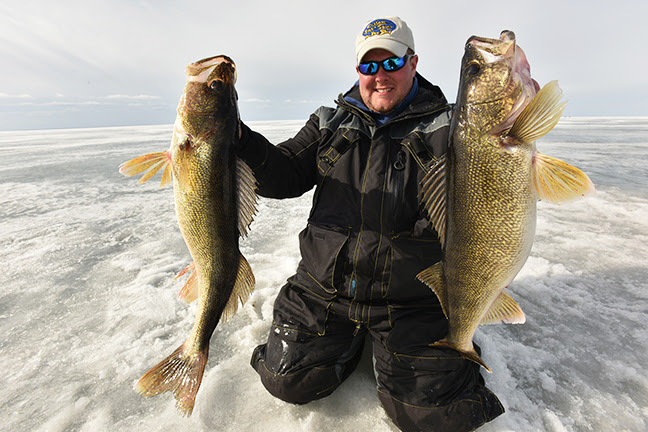 Enter Custom Jigs & Spins’ new Pro-Glow Pro Series Slender Spoons — eight ultra-bright and long-lasting Pro-Glow patterns with high-end UV coating in 1/16-, 1/8-, 1/4- and 5/16-ounce with a nickel or gold back, making for 64 total color-combination choices! Each comes with a size-1 or -2 snap for a fluid fall, and a wickedly-sharp VMC Spark Point treble hook for bone-piercing hooksets.

“My phone was ringing off the hook with guys asking for glow Pro Series Slender Spoons, especially Red Glow for Lake of the Woods walleyes. So we set out to create the brightest, toughest and longest-lasting glow out there,” says Custom Jigs & Spin’s head honcho Bob Gillispie.

The Custom Jigs & Spins crew discovered the dominance of red glow firsthand while fishing out ofArnesen’s Rocky Point Resort last winter. “Not surprisingly, Red Glow with gold back consistently caught fish,” says beta-tester Jim Edlund. “And the breakup of the Red Glow/Purple Tiger was a performer, too. Same winning red glow but with added contrast.”

Edlund adds: “Active fish hammered the big 2.25” 1/4-ouncer, but the 5/16-oz. is my go-to. Same footprint as the 1/8-oz but more mass to punch slush when you’re hole hopping. Still a big flutter on the fall yet fishes faster.” 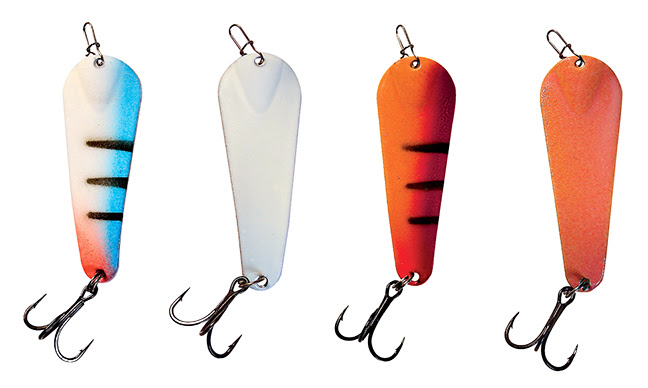 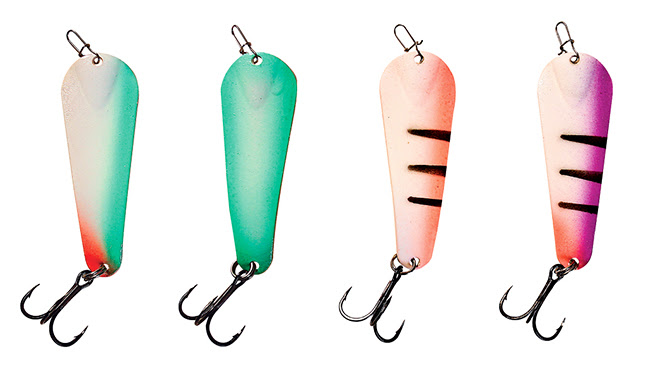 And then there are anglers like Custom Jigs & Spins’ pro staffer Ty Macheledt, who put ’em through the ringer in the Dakotas last year. “Blue glow has become my ‘don’t leave home without it’ pattern, whether I’m fishing sloughs or bigger waters. All species, too, from ‘eyes to crappies and perch or pike. I had been doing really well with Custom’s Lightning Spoon in blue glow and a Pro Finesse Drop Chain, but sometimes you’ve got to have that huge sideways flutter… And with the new Pro-Glow Slender Spoon, now we do!”

Committed to fishing in the gravely cold at zero-dark-thirty? Dedicated like a deacon to deep or stained waters? Then better have an array of Pro-Glow Pro Series Slender Spoons on hand from skim-ice to last-ice. 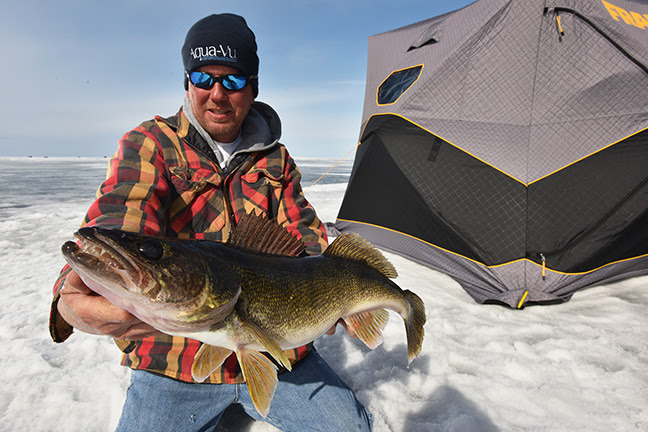