HUMMINBIRD: Blackbirds Sing in the Dead of Day

EUFAULA, AL (May 14, 2015) – Bass Elite pro Aaron Martens is one happy man after breaking a seemingly unending streak of second place finishes. Even better that it happened on Mother’s Day with mom at his side during the final day weigh-in.

“I told my wife Lesley, ‘I’ll need 13 second places before I get another first place – and that is exactly what happened.  All I have to say is it’s fun to win again,’” says Martens. 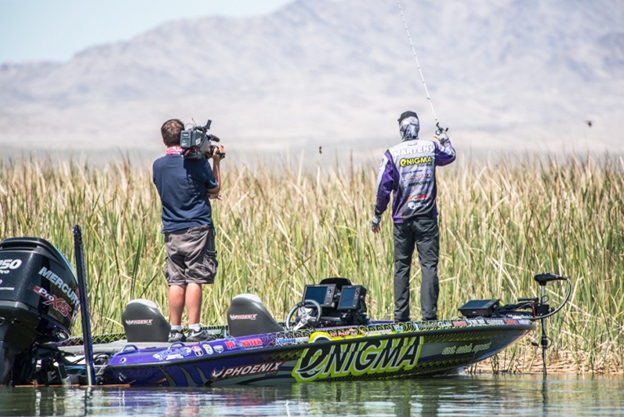 Prior to this recent win at the Bassmaster Elite on Lake Havasu, it had been three years since Martens took first, the last at Illinois’ Lake Decatur in 2012. Since, he’s finished second 13 times, most recently on the Sacramento River.

“It’s not really superstitious, just something I felt in my gut. Now I have to offset all those second places with firsts!”

What’s even cooler is how Martens won the tournament, showing what a fantastically well-rounded angler Martens really is.

Although known as a finesse fishing guru, a guy who knows light line, dainty baits and fishing electronics inside out, Martens is also a student of the natural world – and bass fishing history.

Case in point, a tournament-winning pattern that harkens back decades to a time when fishing magazine cover art routinely featured leaping bass smashing feathers amidst bulrushes and cattails. And when lure companies marketed hard baits that mimicked birds, specifically the red- and yellow-winged blackbirds that make their homes in bassy waters. 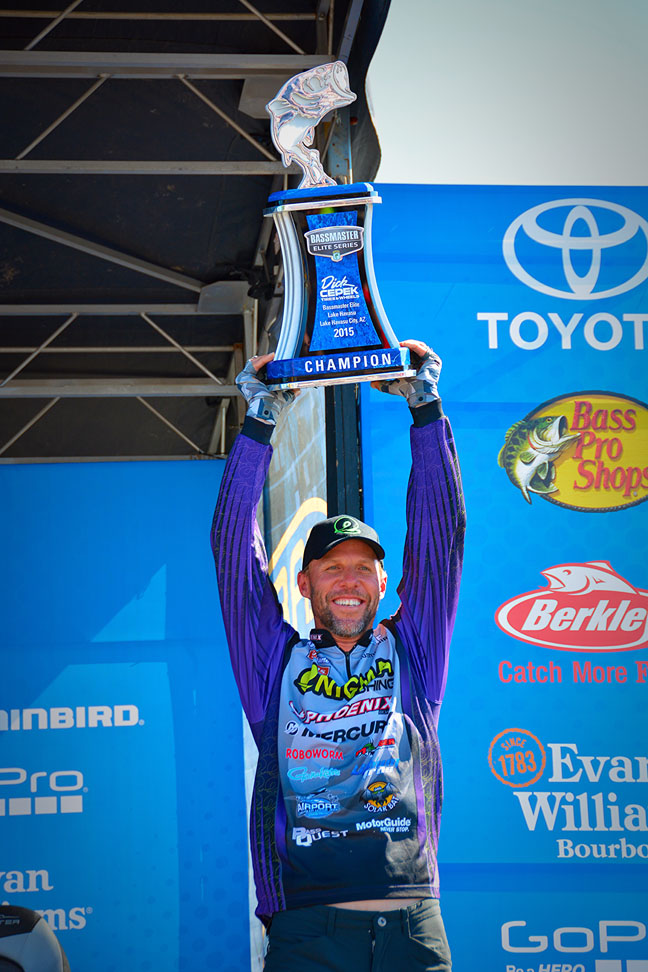 “I’ve known about the blackbird thing since I was a kid. It’s helped me in tournaments on the Delta, some smaller California lakes and now, Havasu. But it happens all over the country. Bass attack birds like sharks when they drop in the water. It can be pretty easy. And I’m pretty sure they’ll jump out of the water to eat birds, too,” says Martens.

But Martens says he wasn’t necessarily matching the hatch, although he had fish spit up feathers in his livewell. “They were eating birds, crawdads, anything they could get their mouths on.”

He alternated between a ½- and ¾-ounce weight with a 4/0 Heavy Cover Gamakatsu hook with a green pumpkin skirt and either a Strike King Rage Craw or Zoom Speed Craw, flipping areas of the thick tule-lined banks of the Colorado River inhabited by blackbirds.

Although he found most of his fish by simply watching for the presence of birds, he also glanced down at the ‘birds on his boat – specifically, ONIX 10ci SI units.

“I used the ONIX Side Imaging to run the reed lines and look for fish, although the majority were way back in the thick stuff. But I also used SI to find the best manmade habitat in the lake. I also weighed three fish caught deeper off habitat,” says Martens

“What I really like best about ONIX is the imagery … the incredible detail of both the Side- and Down Imaging. Both are fantastic tools for finding structure and fish, shallow or deep. Even reallyshallow. I can find cover and fish with Side Imaging in two feet of water.”

He continues: “I use Side Imaging a lot … it’s the best tool I have. It’s like my eyes underwater. The ONIX SI draws a really true image, shows a lot of detail; really clear.”

Martens says running Side Imaging is a huge part of his pre-fishing program anywhere in the country.

“First thing I do is set the color palette to blue, which I can see the best. Then I idle around with the range set to 100-150 feet. If I’m fishing shallow I may bring it in a little bit, but the detail is so good that I can cover water faster, looking for cover and fish with the range set pretty far out.”

Martens is also optimistic about tournaments later in the year that will put him back on deep water.

“The new ONIX transducer changes everything about Humminbird Down Imaging. It’s so clear now you can see the heads and tails of fish.”

Martens has been using the new version 2.300 software, which he says has improved ONIX functionality.

“I’m always using a combination of touch screen and buttons. And the new updates have made operation much easier. Like zooming in quick on the map with the track wheel.  It’s also made it much easier to turn off the sonar when I’m fishing. That’s one thing I do in super-clear waters like Havasu. If fish are spooky, I turn the pinging off. I don’t want any extra noise in the water.”

Martens is already strategizing for upcoming events on Lake Fork and Kentucky Lake. “I really think Humminbird 360 could come into play at these events. I’m also excited to play around with Humminbird SmartStrike and the new maps at some of the upcoming tournaments.” 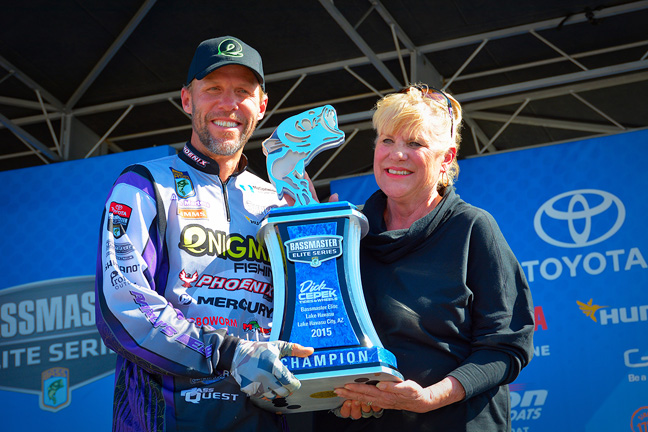 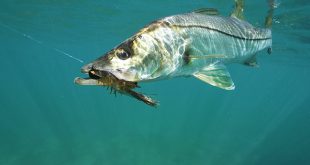