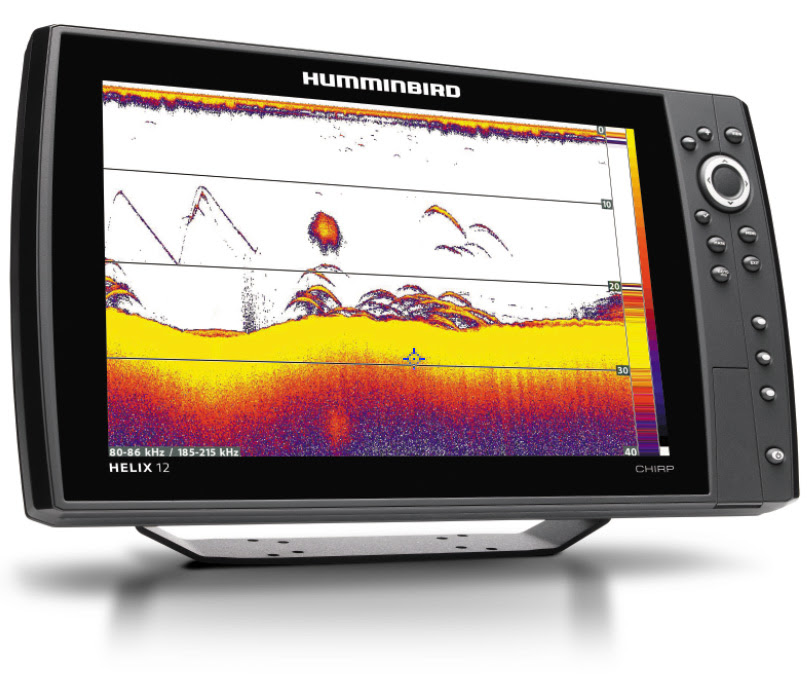 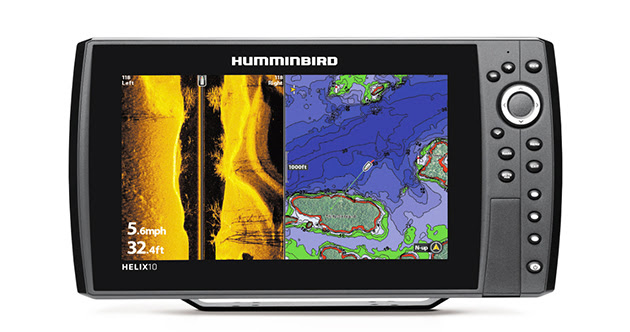 The big brothers of the compact-format HELIX 5 and 7, the new HELIX 9, HELIX 10, and HELIX 12 CHIRP bring an eye-popping 1500 nits of widescreen brightness to your boat, making them easily readable in direct sunlight – even when wearing sunglasses. “One of the most common requests by anglers is to be able to see the screen better and we’ve answered their call,” said Jeff Kolodzinski, Humminbird Brand Manager. But that’s not where their powerful performance stops.

The HELIX 9, 10, and 12 CHIRP offer the full range of Humminbird Imaging technologies like patented Side Imaging®, Down Imaging® and 360 Imaging® compatibility making fish-finding a lot more about the finding.

One of the biggest HELIX advancements is that the new models are Ethernet capable, allowing them to share waypoints and SONAR across the network. “You want to have a unit right where you fish, so it’s really an advantage to be able to run more than one unit on the boat while sharing data across the network,” Kolodzinski continued. Many anglers have one on the console and one on the bow. Anglers can now see the same waypoints, SONAR and other data on both units and be in the know, wherever they are in the boat. Ethernet networking also brings compatibility with Minn Kota® iPilot® Link™ for the ultimate in boat positioning and fishing navigation. 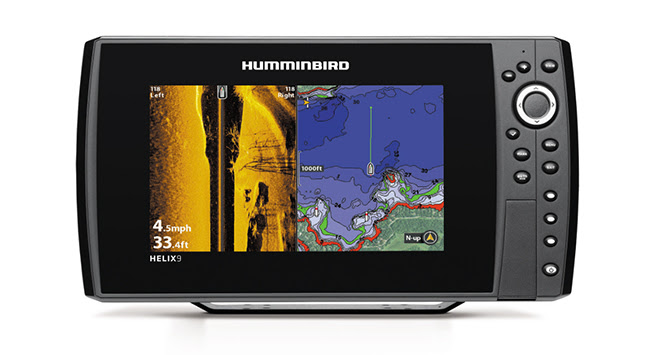 Even better, anglers can now go where no map has ever been with one-of-a-kind, patent-pending AutoChart® Live technology, which allows anglers to make their own maps in real-time, no PC, server or Cloud connection required. Internal memory will store up to 8 hours of mapping data, or add an optional ZeroLine SD card for years of recording and the ability to share map data with a buddy.

And when it comes to getting around on your favorite waters, all are LakeMaster compatible with new PLUS map cards with aerial image overlay.  Anglers will continue to enjoy the patented Humminbird LakeMaster benefits of Water Level Offset, Shallow Water Highlight and Depth Highlight.

While all that tech talk may scare away some folks, the hallmark feature of any Humminbird is ease of use. The HELIX 9, 10 and 12 CHIRP all feature the new REFLEX™ operating system. “It’s an upgrade for sure, but it feels and operates in the classic Humminbird simplicity that has won the bows and consoles of so many anglers,” said Kolodzinski. “The units are so easy to operate while delivering many technology options for fish finding and navigation.” 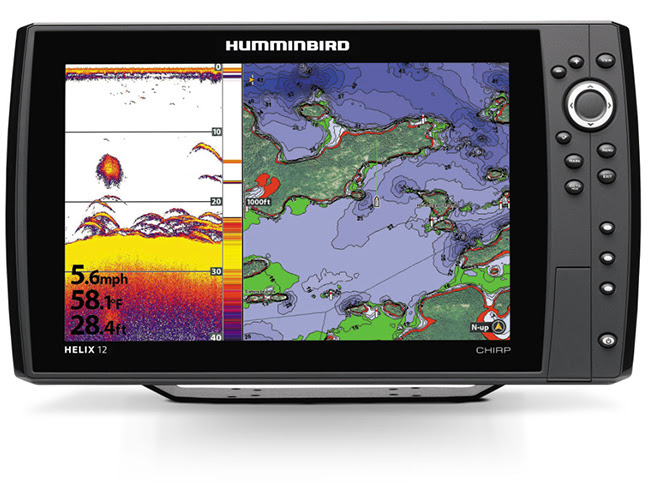 The HELIX 12 CHIRP boasts all the aforementioned attributes of the HELIX 9 and 10, but make no mistake about it, this is the head of the family.  The 12.1 inch widescreen display is large and in charge and is fortified with built-in CHIRP SONAR technology.

The pulses used by the HELIX 12 CHIRP sonar along with the advanced Digital Signal Processing also allow it to obtain deeper depths while maintaining optimal resolution.

Humminbird’s HELIX 12 CHIRP also works with a wide variety of optional transducers, and it is capable of CHIRP’ing through frequencies ranging from 28 kHz to 540 kHz.

“Side Imaging, Down Imaging, and 360 Imaging, continue to offer game-changing advantages in finding structure and fish,” reflected Kolodzinski. “When you fold CHIRP into your electronics arsenal you have one more way to look at what’s going on down there, but it’s still only one piece of the fish-finding puzzle.”