EUFAULA, AL (May 6, 2015) – In response to anglers’ requests to network ONIX and 800, 900 or 1100 series units on the same boat, Humminbird engineers rolled up their sleeves and started writing code.

Now, after months of caffeine-fueled sessions in the lab and on the water, Humminbird® is proud to announce Version 2.300 Software, a free download available through each unit owner’s “My Humminbird” account that seamlessly integrates 800, 900 and 1100 Series units with ONIX.

Most notably, Version 2.300 software offers significant performance upgrades and features, including the ability to share waypoint data (and Spot-Locks) in both directions between core units and ONIX.

Another breakthrough feature of Version 2.300 software is a new waypoint list view that allows easy viewing of map areas with dense waypoint clustering, which will be of particular interest to tournament anglers and guides. 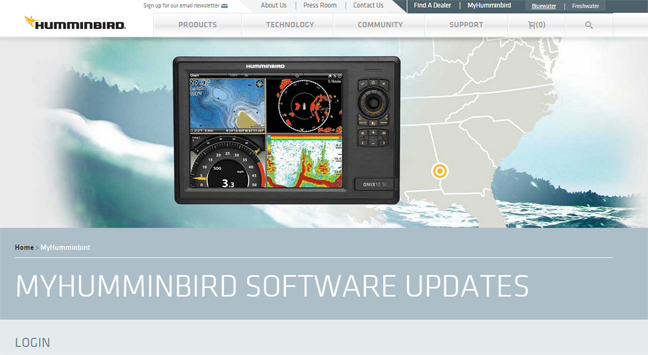 Additionally, Version 2.300 software saves anglers considerable time and frustration when transferring waypoint data from non-Humminbird sources via an SD card. Version 2.300 imports and converts Raymarine, Lowrance, Garmin, and Google Earth waypoints, which can be immediately shared between ONIX and core units on the same network. No PC or laptop required.

To begin the update process, users should first verify they have registered their product and previously updated to Version 2.000 or 2.100 software via the owner’s My Humminbird account.

Following product registration, users should download the software to their computer. Once successfully downloaded onto your PC, unzip the files on your computer before copying them to a blank 4 GB or greater Class 6 SD card. Do not rename files.

Once the files have been saved to the blank SD card, eject the card from your computer or external card reader and insert into your Humminbird unit. Please note that during the update process it is critical that you maintain continual power to your unit.

Once the installation is completed, power down the unit and restart. Following restart, users will note significantly improved speed and additional new features, including:

Share
Previous PLANO: KVD’s Got it in the Bag!
Next HUMMINBIRD: Blackbirds Sing in the Dead of Day