This Rod’s Gone to Pieces… Again

Sometimes, it’s as simple as pulling into a roadside park along the shore of a lake or reservoir and spying baitfish leaping for their lives. Other times, it’s the display of a colossal dorsal fin thrusting through the roiled shell of a river that runs through town. Heck, it might be nothing more than an oversized disturbance on the serine surface of the pond in the center of Aunt Edna’s retirement community.

The fact of the matter is, anywhere the probability of big fish exists, the only thought of a diehard angler lacking gear is the one about the rod, reel and tackle they wished they had with them.

There are several reasons anglers don’t have a travel rod for larger lures and full-sized fish tucked away in their vehicle. For one, most are cumbersome and don’t balance well unless paired with a bulky reel. And then there’s the cost of dedicating gear to the sole application of heavyweight combat.

The engineers at St. Croix considered such challenges when creating two new models for the popular, affordable Triumph series of rods. One spinning and one casting; both medium-heavy-power rods excel when it comes to handling heavier line, larger baits and fighting and landing big fish. And all at a price that won’t shrink your wallet.

“The best thing about these new Triumph travel rods is that they’re built on four-piece blanks that feel like you’re fishing with a one-piece rod; both when casting and when loaded up with a big fish on the line,” says Jason Brunner, director of engineering at St. Croix, in Park Falls, Wisconsin. 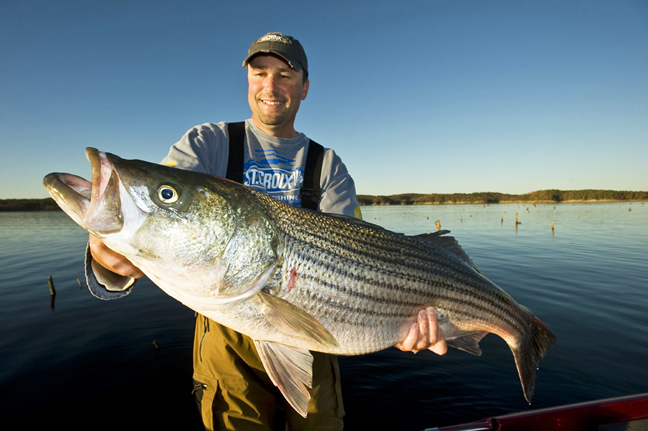 “With our specialized computer programming, we’re able to see exactly how a rod will flex at the ferrules long before the first one is ever manufactured. And the entire series of Triumph rods are proof that anglers can purchase a high-quality rod, travel rods included, without spending a lot of money.”

Like all Triumph rods, including the four others in the travel series, these two new models feature premium-quality SCII graphite blanks for superior strength, sensitivity and hook sets. Each is adorned with hard aluminum-oxide guides encased in two coats of Flex Coat slow-cure finish and feature premium-grade cork handles. The spinning model comes with a quality Fuji DPS reel seat, while the casting model features a Fuji ECS reel seat. Both include a 5-year warranty backed by St. Croix’s Superstar Service.

Don’t miss another opportunity to land a lunker when you’re on the go. Open the hatchback and toss in a new Triumph medium-heavy travel rod and you’ll always be ready. Of course, if you’re headed to the middle of nowhere for that once-in-a-lifetime trip, you’ll want to pack one in the floatplane, too. Either way, you’re ready to fish.