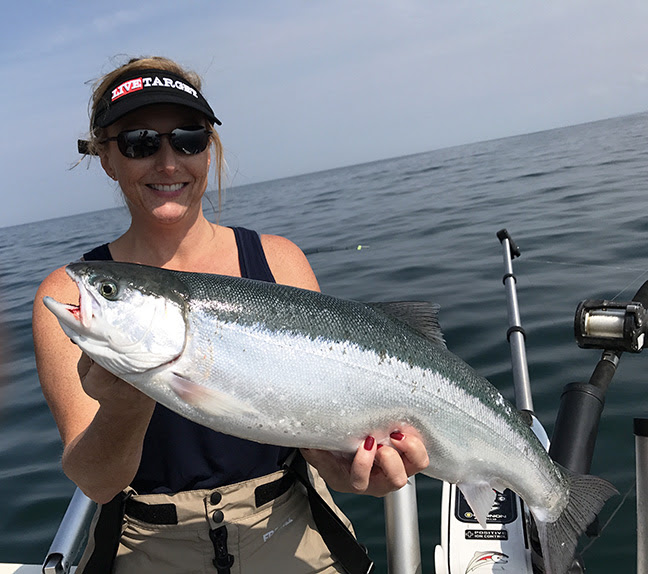 New York, NY (October 3, 2017) – Sometimes it’s the seamless drift of a single egg through a furious flow that triggers a strike. Other times it’s a textbook drop-back presentation with a glob of bait or a wide-wobbling plug. Every so often it’s making the perfect pass while pulling spoons or bodybaits through a school of baitfish. And then there’s the moments the most subtle presentation of live bait at the lake’s floor is what it takes.

The target species we’re talking about? Steelhead – one of the hardest fighting fish swimming the Great Lakes, Pacific Ocean and their tributaries. 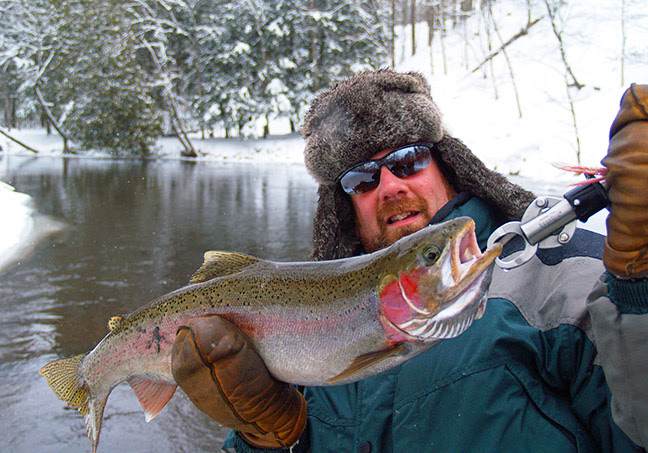 With just a few, minute tweaks in your technique, you’ll find these anadromous rainbow trout (that’s a ‘bow born in freshwater, which swims out to the sea to live its adult life and then heads back to the very flows it started life to procreate) aren’t really all that hard to fool. And using fluorocarbon leaders is one of the easiest ruses no matter what tactic you decide to use.

The hardest part about catching a steelhead? Well, that’s actually being able to land a steelhead.

These fish turn hot headed the millisecond you set the hook. Leaps and bounds that measure multiple feet out of the water? Oh yeah! Rips through a river so wild they can burn up a brand-new drag? It’s a heart-breaking fact. Battles often last mere seconds because the chrome-colored fish you just hooked blasted its way into a log jam or around a boulder faster than a silver bullet? You better plan on it…

Overall, if you only land half the steelhead you hook it’s a tremendous day. 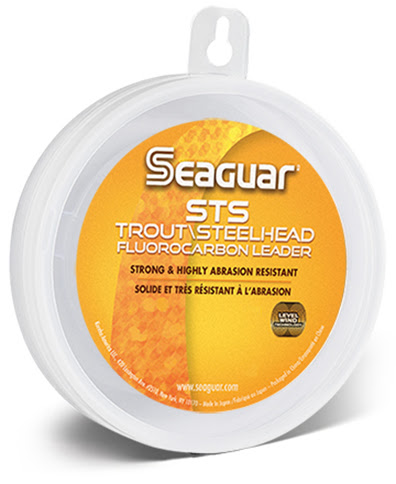 And it’s the finesse needed to fool these fish followed by the manic mayhem once hooked why diehard steelhead anglers rely on Seaguar’s 100% fluorocarbon STS Salmon and STS Trout/Steelhead leader lines. These leaders deliver incredible abrasion resistance, withstanding impacts against ragged rocks and wrapping and slicing into downed trees.

Ever lose a salmonid, reel in and find your hook or lure’s gone and the end of your line is all spiraled up? That’s the telltale sign of knot failure, which is a common occurrence with inferior leader line when you’re applying so much force to turn a fish. Seaguar STS Salmon & Trout/Steelhead leaders offer up 30% more knot strength to nip slipped ties in the bud. So go ahead, pull that fish out of the logjam and into your net where it belongs.

But look beyond STS’s toughness and you’ll still find it’s amazingly thin, producing the most natural of presentations, offering the invisibility that only a 100% fluorocarbon line can do. And this fluoro’s density allows it to sink quickly, perfect for getting your offering into the strike zone at the beginning of your drift or retrieve, which is vital in situations where you’re fishing short runs. 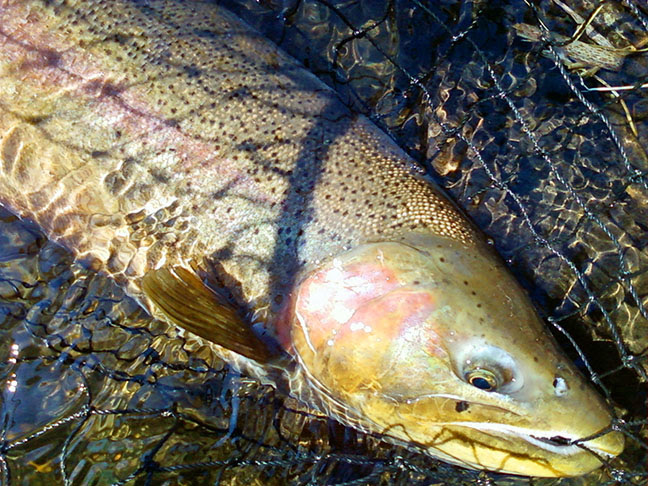 So go ahead, drift a tiny jig, nymph or single egg under a float; bottom-bounce a glob of bait along the bottom; troll the open water or cast into deep holes with large lures; simply cast a spawn bag or chunk of crawler into the surf and let the wave action work it’s magic.

And when you holler “Fish on!” and that chrome brute heads for the wickedest structure, you’ll know you stand the best chance of landing one of the toughest fish swimming. Because STS Salmon and Trout/Steelhead fluoro leader line is so tough it can stop that silver bullet midstream.