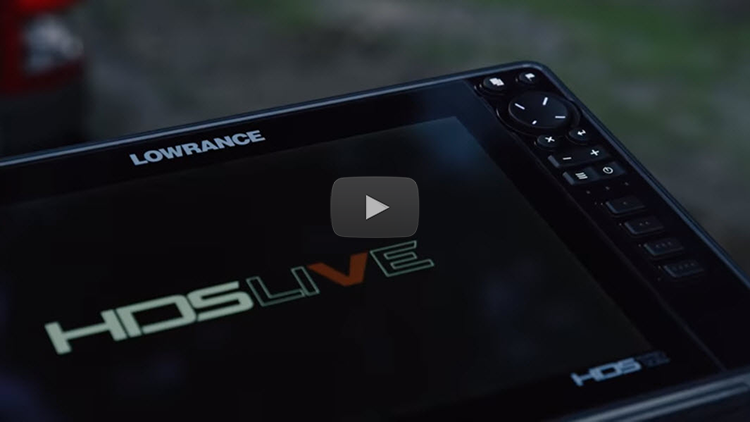 In case you didn’t know, more freshwater fishing tour pros use HDS than all other fishfinder brands, so we didn’t have to go back to the drawing board to build HDS LIVE – we just made the best fishfinder/chartplotter even better. HDS LIVE delivers premium performance and support for the best collection of innovative sonar features available – from new Active Imaging™ and StructureScan® 3D to FishReveal™ and LiveSight™ real-time sonar – anglers will experience a new level of fishfinding performance with HDS LIVE.
Targeting key fishing areas has never been easier, behind the best suite of navigation features ever built into an HDS display — including preloaded C-MAP® US Enhanced mapping with 1-foot contours on nearly 4,000 lakes, C-MAP® Easy Routing, Navionics® Autorouting capability and Genesis Live onscreen mapping.

Active Imaging™
See structure and cover with a new level of refined detail and at a range unmatched by any other structure imaging technology with Active Imaging™. The high-level clarity, target separation and refined detail of Active Imaging helps anglers find more fish by making it easier to quickly identify fish-holding structure like rockpiles, standing timber, weedbeds, ditches and drop-offs – all at a greater distance from the boat. 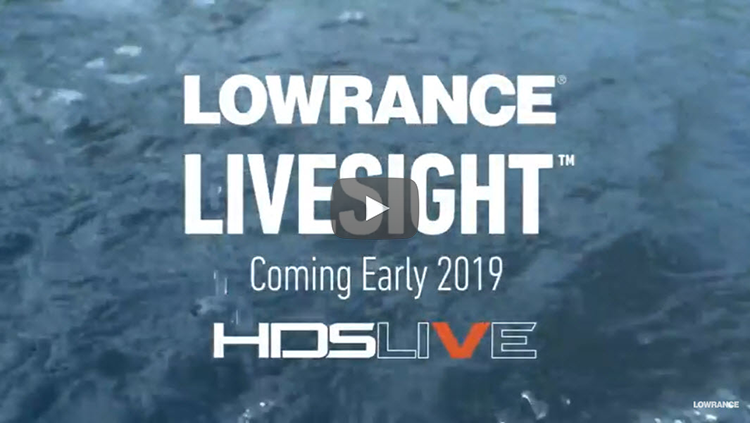 LiveSight™ (Coming Early 2019)
Sonar interpretation made simple, LiveSight sonar turns all ﬁshing into sight ﬁshing, delivering the most detailed views of ﬁsh, down to every turn and ﬂip of the tail, as they swim in and around cover. With LiveSight, anglers can watch ﬁsh react to their lure, see how they are relating to structure and gain insight on what’s working, what’s not and what to do next.

LiveCast™
Anglers no longer have to choose between watching the big game and spending a day on the water with LiveCast smartphone integration. Watch video, view Google maps and ﬁshing data on the high-resolution screen of an HDS LIVE display via the HDMI connection on HDS LIVE 16- and 12-inch models. View data from a smartphone and keep an eye on the ﬁsh with a LiveCast-sonar split screen. (HDS LIVE 16 and 12 only)

Genesis Live
Update the mapping of a favorite ﬁshing spot or map uncharted areas with ½ foot contours — in real time — on the screen of an HDS LIVE display with C-MAP Genesis Live. Target key ﬁshing areas with Genesis Live maps, which makes it easy to ﬁnd areas where ﬁsh like to hide, like drop-offs, shoals, points, ditches and more.

Six-panel splitscreen
See more information — all at the same time — with the new, six-screen split offered on HDS LIVE 16 and HDS LIVE 12 fishfinder/chartplotters.

Quad-Core Processor
HDS LIVE 16- and 12-inch models are powered by a blazing, quad-core processor that delivers a new level of performance, making them the fastest and most responsive HDS displays ever.
Programmable keys
It’s easier than ever to quickly access key functionality on HDS LIVE 16- and 12-inch displays, featuring four programmable keys that allow users to set up one-touch access to the features they use the most. 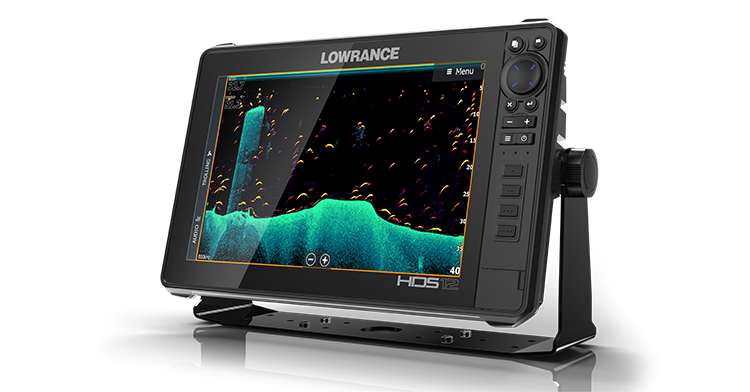 Dual-Channel CHIRP Sonar
Deep water and trolling anglers will never miss a fish, watching two Lowrance CHIRP frequencies at the same time via a dual-channel CHIRP split screen. Run a High CHIRP panel for the best target separation close to the bottom or in tight schools, a Medium CHIRP panel to cover the widest area – ideal for watching bait schools under a transducer in shallow water, or go deeper with a Low CHIRP panel to cover more of the water column.

SolarMAX™ HD Display
See fish, structure and chart detail better than ever on the high-resolution, super-bright SolarMAX™ HD displays. Whether searching for fish around structure or navigating to a favorite fishing spot, SolarMAX HD delivers bright and clear images with easy viewing from any angle, in direct sunlight, and even thru polarized sunglasses. Our ultra-responsive multi-touch screen works even when the display is wet.

Preloaded, High-Detail C-MAP US Enhanced Mapping
Finding areas to fish is easier with the preloaded C-MAP US Enhanced charts, featuring full US inland coverage, plus C-MAP coastal charts. Narrow the search for productive water features like ledges, points or drop-offs with a birdseye view of 1-foot contours on nearly 4,000 lakes and standard 10-foot contours on more than 11,000 lakes.