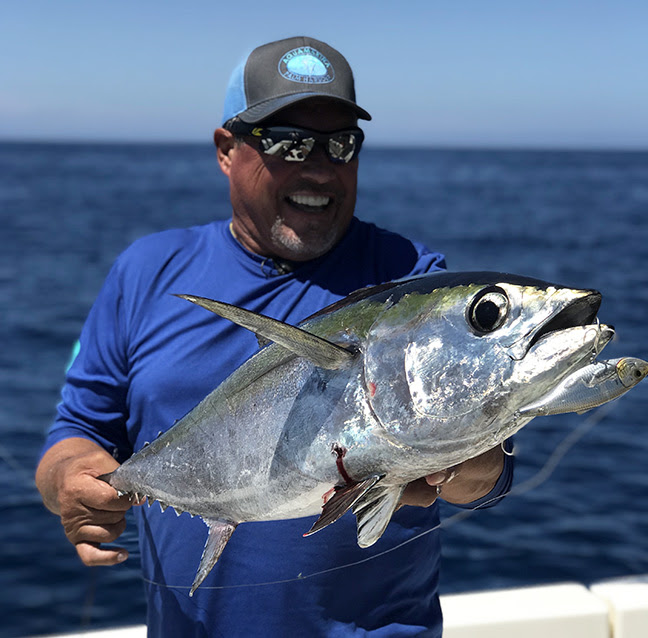 Niagara-on-the-Lake, ON (April 17, 2018) – Professional angler and television personality Henry Waszczuk knows a thing or two about chasing the denizens of the briny deep. As host of Fishing the Flats & More, Waszczuk patrols the warm waters of the Caribbean and the Gulf of Mexico in pursuit of the high seas’ hardest fighting, most sought-after predators. These are fish that have grown old and wise by learning to refuse other anglers’ presentations, fish that can only be tempted by artificial lures that mimic their natural prey to the utmost degree.

When hard baits presented on light tackle are the recipe of the day on Waszczuk’s 33-foot Boston Whaler, only one family of lures is rigged and ready to cast at a moment’s notice – LIVETARGET lures. 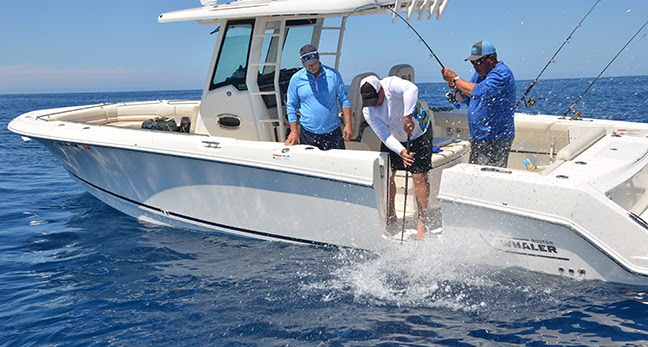 Waszczuk recounts, “Recently, we were fishing for amberjack about 35 miles offshore from Venice, Florida in 100’ of water. A group of fish that we also thought were AJ’s got active about 80 yards away, so we quickly repositioned the boat, and I grabbed a lure that has become a big confidence bait for me: a LIVETARGET Sardine Twitchbait. I made a long cast out in front of the group, twitched the bait hard twice, and the water absolutely erupted with foam and fury!”

LIVETARGET’s Sardine Twitchbait is the perfect match for surface-oriented saltwater predators searching for this prolific baitfish. The lure has an incredibly erratic action and subsurface flash whether twitched slow and methodically, or fast and aggressively. Its quick start and stop action is proven to trigger strikes – and that is certainly the case for old salts like Henry Waszczuk.

“I rig with 40 lb braid and a 50 lb fluorocarbon leader, and this fish’s first run nearly spooled me. I was able to bring it under control by applying 30 lbs of drag, and during battle, I started to realize that we weren’t hooked up with an amberjack. I was astonished when I caught my first glimpse of the fish shimmering beneath the boat – indeed, we weren’t wrestling with another stout AJ, but instead a monster blackfin tuna, the biggest I had ever hooked on an artificial lure!”

Blackfins are the smallest members of the tuna family. An important prey item of pelagic blue marlin, the most common size range of blackfin tuna encountered by anglers is five to seven pounds – but the blackfin that engulfed Waszczuk’s LIVETARGET’s Sardine Twitchbait was far from common.

“This enormous blackfin hit the scales at 35 pounds – a true giant for that tuna variety,” remarked Waszczuk. “A fish that old and big has seen a lot of baits in its day, and I truly believe that my Sardine Twitchbait was the reason I was able to seal the deal. The lure is the most lifelike representation of a sardine that I have ever seen. My boat is loaded with LIVETARGET lures, and I’ll tell you one thing: whether they are brand new or old classics, like the Sardine Twitchbait, they fool fish – every time!” 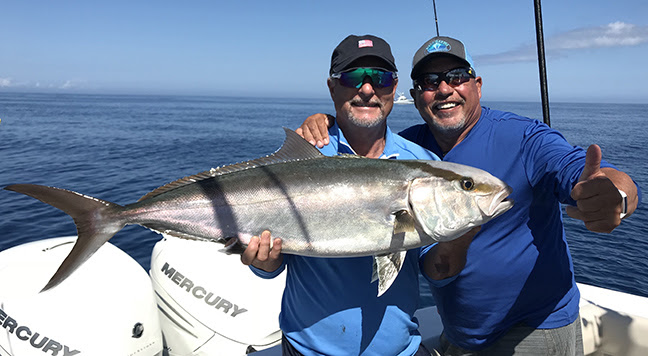 The LIVETARGET Sardine Twitchbait is available in two sizes: 3-inch and 3.5-inch, with floating and suspending models in each. The anatomically-accurate lure is available in 4 ultra-realistic colors, including Waszczuk’s blackfin-tempting ghost/natural pattern, with an MSRP of $14.49-$15.49.

At LIVETARGET, our connection and commitment to the primal spirit of competition drives us to design and craft lures that give anglers a distinct advantage. Professional saltwater angler Henry Waszczuk relies on LIVETARGET, and you can too, whenever you step into the boat, cast a line from shore or wade in your favorite stream. Whenever and wherever we fish, we compete.

Visit us today at https://livetargetlures.com/ to shop and learn about LIVETARGET lures and The Nature of Competition.