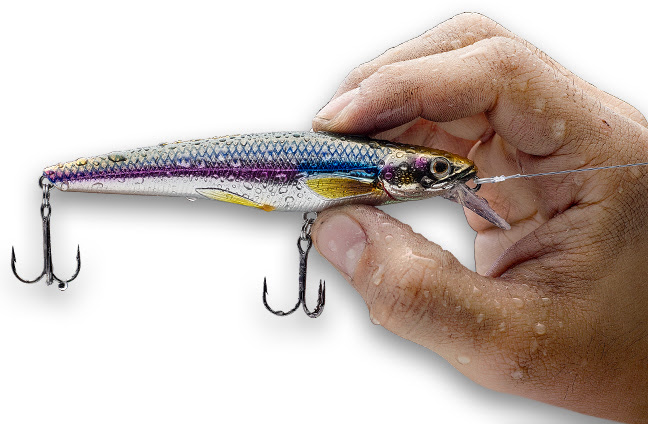 LIVETARGET’s Rainbow Smelt Jerkbait is the most versatile, fish-catching machine…ever

Niagara-on-the-Lake, ON (January 19, 2017) – You’ve entertained this question before, while wading your favorite stream in search of trout, or riding the waves in pursuit of walleyes, or simply watching a crackling fire reduce to glowing coals: if you were castaway on a deserted island, and your survival depended on one lure, just one lure, which would you choose?

Most anglers would forego a specialist lure – one that occupies a limited niche in their tackle collection – in favor of a premium generalist lure: one that is intelligently designed to catch anything that swims, possessing an action designed for effectiveness in any soft-water scenario. The profile and finish of this one lure would be ultra-realistic, ensuring that even the wariest predator in the clearest water would readily accept it as alive. Moreover, this one lure would be precision engineered using premium materials and components to withstand the rigors of survival fishing. After all, our very life depends on it.

So what lure should be tucked discretely into your carry-on luggage before your next over-water flight, just in case? That one lure is the Rainbow Smelt Jerkbait from LIVETARGET, which combines ultra-realistic profiles and finishes with a meticulously-engineered action and premium components to create a must-cast bait.

The rainbow smelt is a primary forage fish throughout North America. A long, slender baitfish renowned for congregating into voluminous, shimmering schools, the rainbow smelt a favorite of dipnet-wielding “smelters” along the shores of the Great Lakes, and is a dietary staple for many freshwater and saltwater apex predators. The Rainbow Smelt Jerkbait from LIVETARGET derives its inspiration from this silver-sided morsel, in both appearance and action.

While engineered to emulate a specific baitfish species, the Rainbow Smelt Jerkbait has quickly become a favorite outside of its living counterpart’s geographic confines. The lure’s irresistible action, combined with its baitfish-inspired looks, drives largemouth, smallmouth and spotted bass bonkers. Indeed, the smallest RS70 Rainbow Smelt Jerkbait effectively replicates an emerald shiner or a young-of-the-year shad, and bass can’t help themselves. There are certainly times and places for the new generation of softball-sized crankbaits that run deeper than Middle Earth, but when the goal is to simply get bit, playing for volume, the downsized RS70 Rainbow Smelt Jerkbait simply catches more fish. 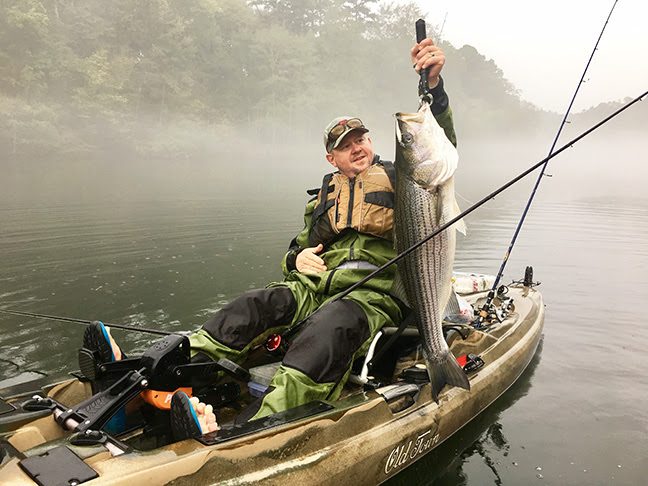 Steeped in the LIVETARGET Match-The-Hatch® philosophy, the Rainbow Smelt Jerkbait replicates the profile, patterns, and anatomical features of its living counterpart.

Produced through a highly intellectualized design process, the shape and finishes of the Rainbow Smelt Jerkbait are designed to convince the wariest gamefish that our artificial offering is indeed, a Live Target. Nowhere else will you find a bait with such highly-detailed, three-dimensional fins, eyes, opercles and scales, with patterns, colors, transitions, and highlights that reflect Nature’s handiwork.

Great looks are just the beginning of the Rainbow Smelt Jerkbait story. Its tight shimmering action on the retrieve recalls the movements of a living rainbow smelt, and is highly effective at dispersing visual flash to attract predators over long distances.

Pause your retrieve, and the Rainbow Smelt Jerkbait suspends perfectly, creating a moment of intense vulnerability that triggers behemoth bass bites in cold and warm water. A unique weight transfer system in the larger RS91 and RS115 models propels the Rainbow Smelt Jerkbait great distances on the cast, and produces a deep knocking rattle within an internal sound chamber to attract and trigger fish in stained or turbid waters or in low-light conditions. Ready to break out the planer boards and cover some water? The Rainbow Smelt Jerkbait is also a highly effective trolling bait, fooling trout, salmon and walleyes in the north and sumo stripers in the south. LIVETARGET’s ultra-versatile Rainbow Smelt Jerkbait doesn’t just belong in your tackle collection, it is theone lure that deserves to be on the end of your line, all of the time. 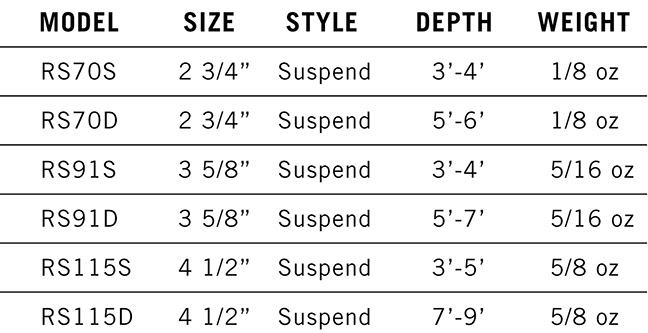 The Rainbow Smelt Jerkbait from LIVETARGET is available now, in both shallow and deep-diving models, in three sizes ranging from 2 ¾” to 4 ½” that reach depths of 3-9 ft on the retrieve. Three color patterns, including ultra-realistic silver/black and silver/blue, complemented by a metallic gold/black, ensure that you’ll find the perfect LIVETARGET Rainbow Smelt Jerkbait for your local water conditions and predator fish of choice.

Whether castaway on a deserted island, or drifting contentedly just down the shore from the cabin, one lure will make the difference between an empty frying pan and a full belly, and can produce hero shots of trophy fish instead of fishless pictures of the sunset: the exceptional LIVETARGET Rainbow Smelt Jerkbait. Cast one today, and learn how the LIVETARGET philosophy can help you compete, and win, on the water.

Share
Previous Z-Man: The Science and Art of Fishing
Next ST. CROIX ROD: Stay on Target for Trout