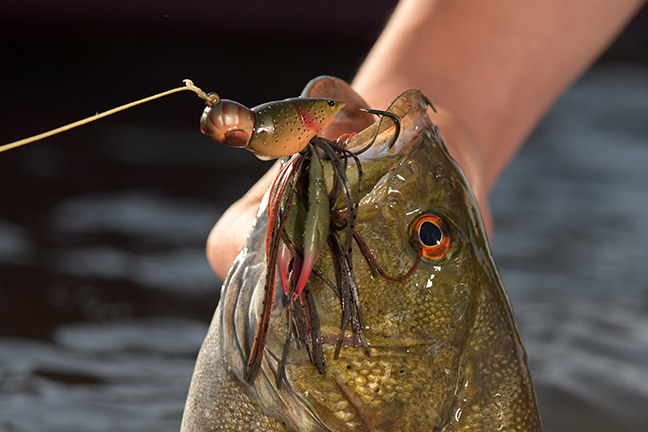 Niagara-on-the-Lake, ON (July 19, 2018) – Create the most realistic and lethal crawfish imitation ever made.

Those were the marching orders given to the progressive lure designers at LIVETARGET. They responded by cleverly synthesizing two distinct lure families – bass jigs and hollow body baits – and fortified their creation with ultra-realistic anatomical features and biomimetic action to yield the paradigm-shifting Hollow Body Craw. 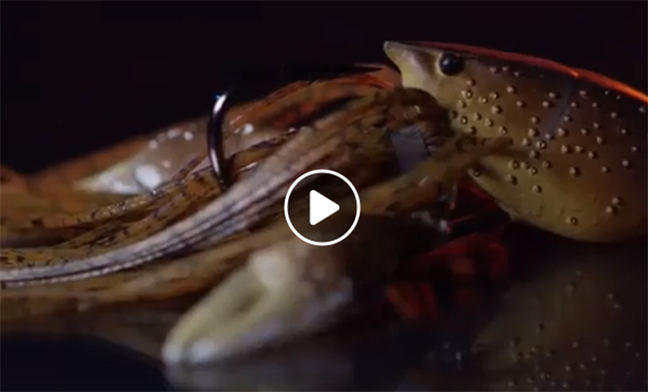 The first representative of a unique lure category, the LIVETARGET Hollow Body Craw was revealed at ICAST 2018 in Orlando. Industry insiders impressed not only with the lure’s artistry and engineering, but also its obvious potential for triggering strikes from big bass, elevated it to a pedestal reserved for only the most compelling new additions to our collective fish-catching arsenals.

Indeed, during a muggy July evening that would have been perfect for a live crawfish boil, the LIVETARGET Hollow Body Craw was named the 2018 ICAST Best New Freshwater Soft Lure.

As the Craw moves in reverse, the head, pincers, antennae, and silicone skirt that mimics a crawfish’s walking legs and feeding appendages flare up just like a fleeing or defensive crustacean. Visually, the bait is a spot-on imitation of the real thing, and its integrated jighead produces the tapping, clicking, and clacking that attracts bass from afar. Incredibly effective both on the bottom and in heavy cover, the Hollow Body Craw sets a new standard in crawfish imitations.

Vic Cook of LIVETARGET noted that, “It’s one thing to be a perfect look-alike, to replicate the appearance and profile of living crawfish using lead, steel, plastic and rubber. But it’s another thing entirely to look and act just like the real thing – and that’s what makes the Hollow Body Craw so deadly…

“At rest on the bottom, it adopts a natural defensive posture, with its buoyant pincers raised to fend off an inquisitive bass. Work the lure across the bottom or through structure, and the Hollow Body Craw retreats in a biomimetic, backwards direction, with its skirt collapsing around and between the pincers – just like a living craw’s swimming legs would. The LIVETARGET Hollow Body Craw is truly the first lure to so perfectly mimic both the appearance and the action of natural crawfish, making it the singular choice for bass anglers.”

Grant Koppers, founder and President of LIVETARGET, remarked that, “We humbly thank the ICAST voters for recognizing the distinctiveness of the Hollow Body Craw, a truly unique synthesis of jigs and hollow body lures. But we are even more excited to start watching the results flood in as anglers across North America get their chance to experience what we have learned through extensive field trials: the LIVETARGET Hollow Body Craw is a big bass catching machine!”