SEAGUAR: It Will Go Down to the Line

Line up for the Bassmaster Classic

New York, NY (March 13, 2018) – One critical connection links the competitors at the 2018 GEICO Bassmaster Classic to their large-mouthed quarry as the event rolls into Greenville, South Carolina: their line. When nine Seaguar pros launch their boats into Lake Hartwell, they may cast hi-tech braided lines, or opt for premium 100% fluorocarbons, but their goals will all be the same: claim Classic victory and hoist a trophy skyward on Sunday.

Lake Hartwell is no stranger to the Bassmaster Classic. Indeed, this year’s event marks the third time in the past ten years that the 56,000-acre reservoir will become the epicenter of the bass fishing universe. Unlike the most recent event in 2015, a frigid February classic that featured boats frozen to trailers and an offshore bite, the 2018 Bassmaster Classic is almost certain to be warmer, with more water in the reservoir and the bite focused on shorelines and near-shore cover for prespawn largemouth. Nevertheless, notoriously fickle spring weather has Seaguar’s seasoned pros prepared for any angling contingency. 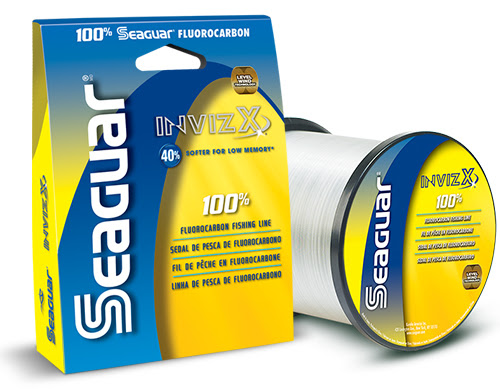 Much excitement surrounds the possibility of a Hartwell shallow water shootout, with roaming prespawn bass as the primary targets. Coverage techniques, like shallow crankbaits and spinnerbaits, augmented by pitching presentations around docks and flooded vegetation, will dominate along shorelines and in the reservoir’s creek arms.

Seaguar InvizX is a smooth casting, robust line with incredible feel, and is an excellent choice for shallow water power fishing. Specially designed to dominate in freshwater, Seaguar pros will spool up with 12 or 15-lb test InvizX as they cover water with extra-long casts and mobile presentations. Like all Seaguar’s 100% fluorocarbon lines, InvizX boasts exceptionally low visibility beneath the water’s surface, helping to trigger wary, early spring bass in Hartwell’s typically clear water.

When approaching specific targets with methodical flipping or pitching presentations, Seaguar’sDenny Brauer Signature Series Flippin’ Braid will be found on Classic competitors’ reels. Seaguar pro angler and 1998 Bassmaster Classic Champion Denny Brauer knows a thing or two about flipping for giant bass, and lent his expertise to the development of this premium braided line. 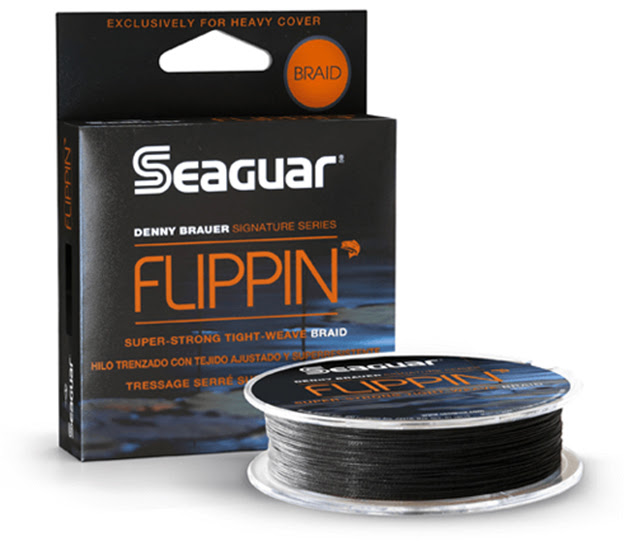 “I’ve never, EVER, had this line break. It’s a great line, and as a bonus, its jet-black color will get you more bites,” noted Brauer. Flippin’ Braid is constructed from eight ultra-thin strands in a tight, round-profile weave, and is exceptional at cutting through heavy cover. “Flippin’ and pitchin’ are about pulling big fish out of the nastiest vegetation you can find,” said Brauer. “You’re on a short line, and you need to feel the quick reaction strike and then literally horse the fish out of heavy cover. For these applications, Seaguar’s 65-pound Flippin’ Braid is just what the doctor ordered!”

Not all of Hartwell’s top weights will be extracted from the shallows. Indeed, with the 2015 Classic being won offshore, many competitors will opt to target staging areas to intercept oversized bass before they can reach shoreline-focused anglers. 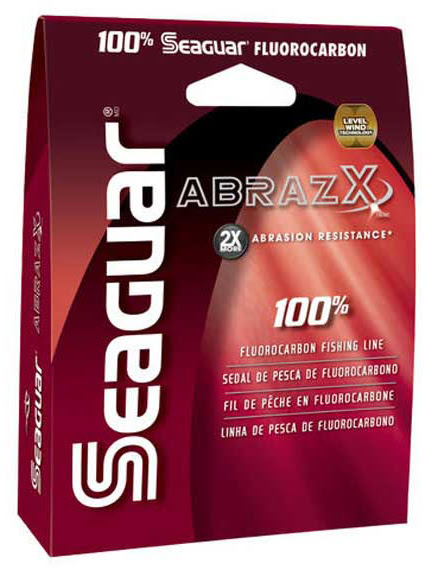 Seaguar AbrazX, a 100% fluorocarbon with double the abrasion resistance of comparable lines, will be a critical element of deep water jig and crankbait applications. Seaguar pro angler Jordan Lee relied on AbrazX to carry him to his 2017 Bassmaster Classic championship, as he probed hard-bottom areas with deep diving cranks and football jigs. Lee noted, “when I was digging that crankbait down into the bottom cast after cast, it never once broke off.” When gearing up for the pivotal last day of the 2017 Classic, Lee spooled up every reel with 17-pound AbrazX because it is strong, abrasion resistant, and still thin enough to get long casts. “Seaguar AbrazX definitely boosts my confidence when I’m dragging baits on hard offshore cover because I get far fewer frays in my line,” Lee asserted.

Seaguar is well represented at the 2018 GEICO Bassmaster Classic, sending Keith Combs, Mark Daniels Jr., Mark Davis, James Elam, Jordan Lee, Matt Lee, Brandon Palaniuk, Cliff Pirch and Jesse Wiggins to the premier event in competitive bass fishing. With the Classic title on the line, look for each to rely on Seaguar as the single critical connection linking them to their finned quarry.

Just like our team of Bassmaster Classic competitors, Seaguar premium fluorocarbons and braided lines are Always The Best!