Post-spawn Flats Walleye or “Find the flow, find the walleyes” 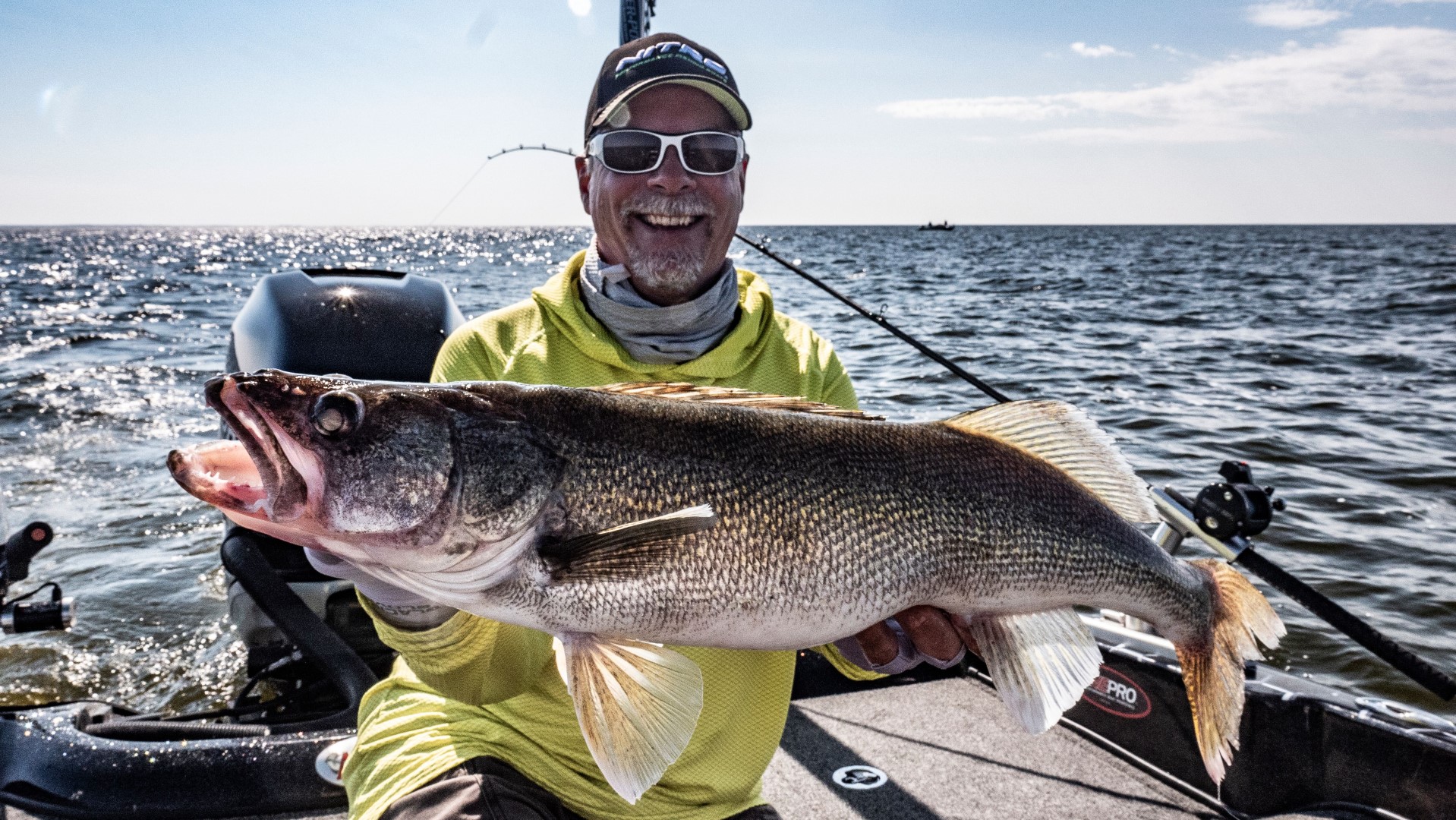 The idea that post-spawn fish scatter is only partly true. A better description is that they travel. At some
point in April, nearly all of the fish were in rivers and sure enough, in another month most of the fish will
be on deeper reefs or well-defined weed lines. Knowing key spots in between (and why the fish are
there) can turn a mediocre day into a hot bite.

To understand the situation, think like a fish. Food levels in the river are not high enough, and larger fish
must compete with the lingering smaller males for every morsel. So, after spawn larger fish ride the
river currents back to the lake and they dive right into the first food option they find.

In most cases, food is waiting at the river mouth. All rivers cut through some sort of delta or shallow flat
where baitfish have gathered in spring looking for sun-warmed water due to the sand and mud. This
can be as simple as a 6-foot river channel surrounded by a 3 to 4-foot deep flat. The larger the flat the
better and anything deeper than 10 feet is probably not worth checking.

Shallow deltas of rivers like the Fox and Wolf flowing into Winnebago, and similarly, where the Fox
enters Green Bay have the right characteristics. The Grand Bay of Lake Oahe has a similar situation and
Brimley Bay near Sault St. Marie is a shallow area with at least a small amount of current. Further south,
some reservoirs only have creek inlets and others only have intermittent flow that reduce the overall
pattern With the right flow, the warm flats fill up with multiple species including crappies, white bass,
and catfish but the walleyes will be mixed in. As proof, the 2015 National Team Championship at
Milford, Kansas was won trolling crankbaits on an inlet flat in May that many other anglers labeled,
“catfish water.” (story was from Korey Sprengel) 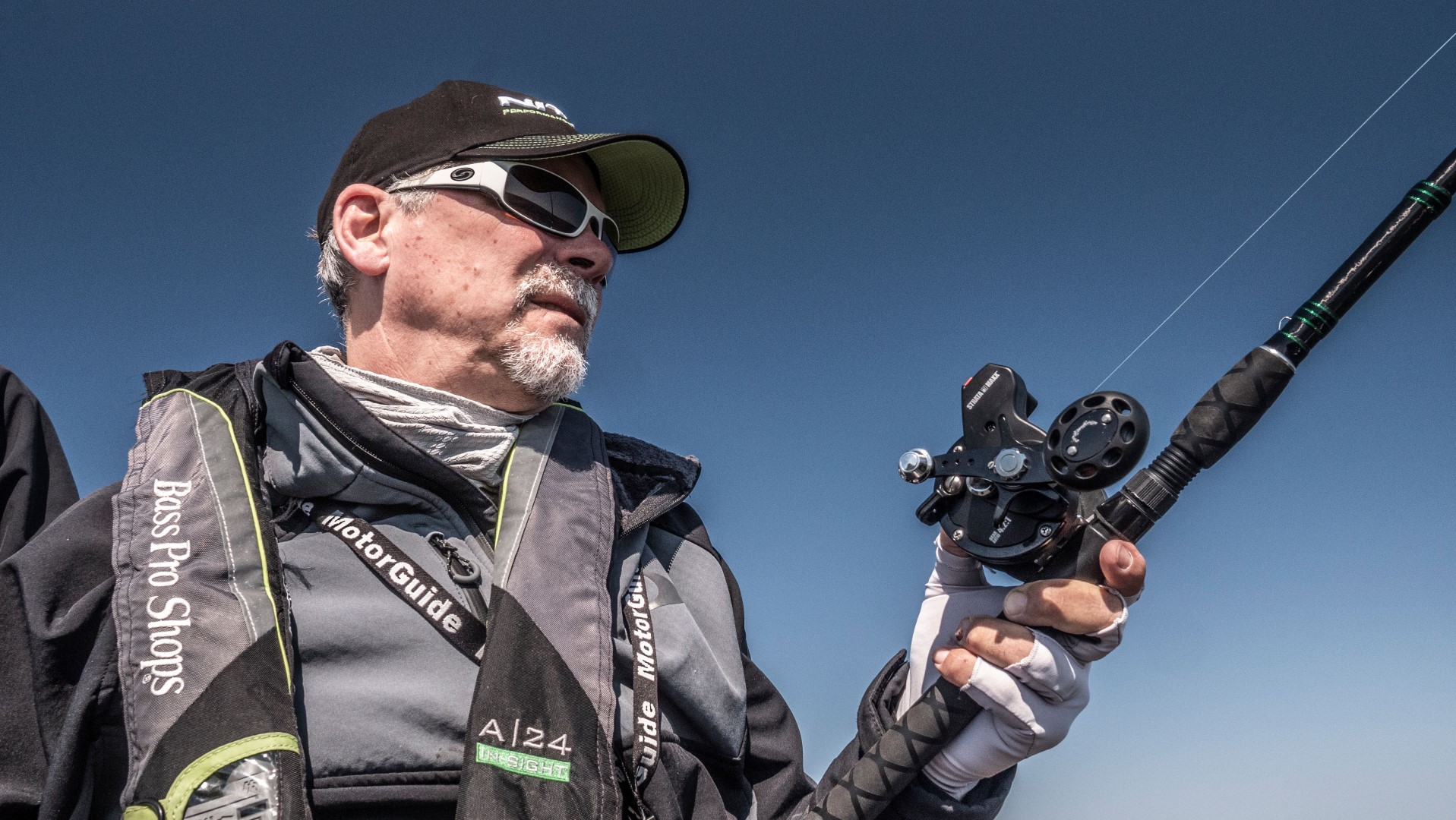 While possible, picking out walleyes with Lowrance Structure Scan in this shallow water is just is not as
efficient as throwing out a couple of lines and driving around for half an hour. We start these situations
with a 5cm Berkley Flicker Shad Shallow 10 to 15 feet behind an Offshore Tackle OR-12 Planer Board
near shore or parallel to any reeds, bulrush, or simply as shallow as you dare. For the rest of the boards,
run a combination of Flicker Shads and Flicker Minnows on as many legal lines as possible to start
combing the area at a relatively slow speed of 1.1 to 1.5 mph.

Standard trolling gear including 9-foot telescopic rods with line counter reels deftly handles a spread of
planer boards. Fill each reel with exactly the same amount of 10-lb Berkley XT monofilament so that
dive curves from the Berkley Flicker Shad package or the Precision Trolling Data phone app accurately
place the lure near bottom. Do not worry if the flat varies a few feet in depth across its length; a
crankbait in the lower half of the water column will drive strikes from these active fish.

We always expect scattered fish but unknown structure like a few rocks, a small depression or hump,
can hold a surprisingly large group of walleyes. For this, we waypoint bites while trolling and keep
jigging rods ready. When two or three boards go back at once in an area, you will be convinced to
switch too.

To respond, we keep three or four Cabelas Prodigy 7’6” medium-light, extra fast action rods rigged with
different-sized Bass Pro XPS jigs on the front deck. 2.5-inch Berkley Gulp! Minnows in many situations
but Powerbait Jerk Shads and Powerbait Ripple Shads provide other options. The longer rod paired with
10-lb Berkley Nanofil or Berkley 8-Carrier braid makes long casts easy. Work the shallow area quickly until you contact fish. Later, a review with sonar will indicate if the fish were holding on something
specific.

If we find some fish during the day, we might come back at night. Baitfish scatter in the sun, but huddle
together for safety in low light. Obviously, this makes it easier for big walleyes to feed. Mark a safe
trolling path during the day and stay for a few extra hours to see if trophy fish start feeding.

Flats fish are generally active so one pass often clues you in on fish densities. If not, another pass
covering the 4 to 6-foot depth will be enough to know if the fish are there. This pattern generally lasts
about two or three weeks depending on the stability of the water temperatures. If the area warms fast,
the bait will eventually leave for safer water with more depth. If the winter holds a few more weeks, the
bait will stick around. 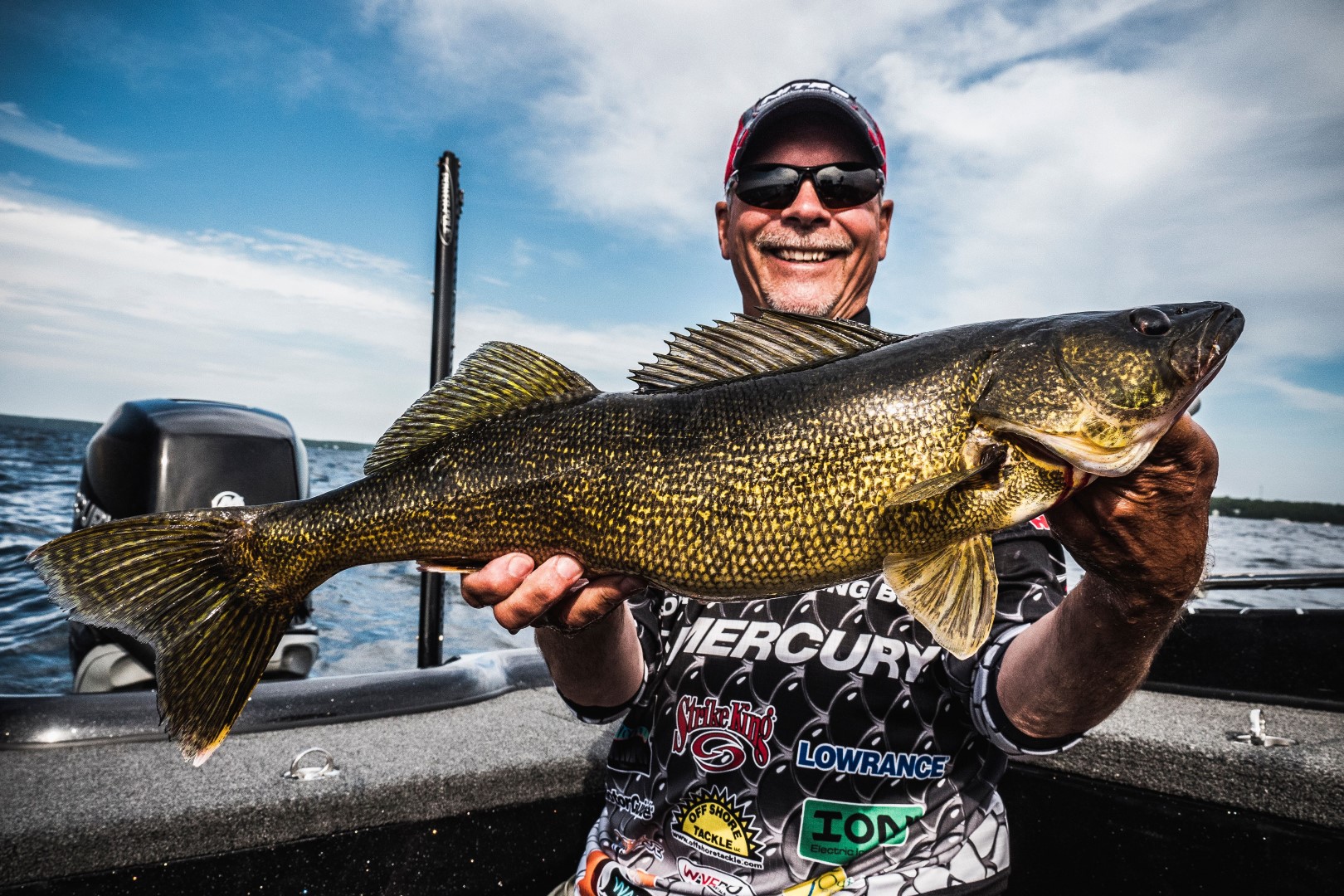 When the bait leaves, the wind drives the next hot spot. Bait will end up at depths from 6 to 20 feet in
areas affected by the prevailing wind. The tough part is the water temperatures are optimum for both
the bait and the walleyes so multiple patterns set up at once and the spring winds change so the whole
system moves.

This is what makes the shallow flats pattern golden. When it is on, the limited band of water
temperature holds the fish hostage. As temperatures rise, it is much tougher to find the next bite.